LoL Wild Rift Support Best Champions Tier List for Patch 2.4 Season Season 3 will rank the strongest Support champions to play in ranked games. We consider the best Support picks this patch to be Blitzcrank and Alistar. The Most Popular Support champions to play are Blitzcrank and Seraphine; If not banned, then Braum is another good choice. Support is played in the Dragon Lane and shares the lane with an AD Carry Champion typically. In the PC version of League of Legends the Dragon Lane was referred to as Bot Lane; however, in wild rift, the Dragon Lane will swap from the bottom of the map to the top for anyone on the Red Team. Because of this, the lane has received the new name, Dragon Lane. 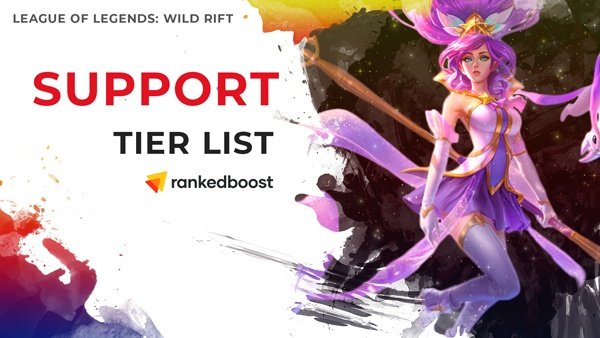 Best Support Champions To Pick, these are the best champions to play based on how easy they are to win with in ranked queue.

Below is a Tier List of all Support Champions in Wild Rift the Mobile Android & IOS game, we have included the Best Items Builds and Best Runes To Use. You will also find recommended Counter Picks for each champion within the List.

You can Click/Tap any of the champion images to view more information.