Last updated 2 years ago on December 21, 2018 by RankedBoost

Pokemon Let's Go Ivysaur is a Grass and Poison Type pokemon also known as a Seed Pokémon, first discovered in the Kanto region. it's weak against Flying, Fire, Ice, Psychic type moves and has a Max CP of 405, 60 HP, 62 Attack, 80 SP Attack, 63 Defense, 80 SP Defense and 60 Speed. Considering it's stats, the best nature to have is Sassy, this will increase it's Sp. Def and decrease it's Speed stats.

Exposure to sunlight adds to its strength. Sunlight also makes the bud on its back grow larger.

What level does Pokemon Let's Go Ivysaur Evolve at?

This pokemon also has a Mega Evolution in the form of Mega Venusaur, which you can use in battle with a Mega Stone.

How to catch Ivysaur in Pokemon Let's Go

Where to catch and find Pokemon Lets Go Ivysaur Locations and their Spawn Rate Chance for that Zone.

The list above shows all the spawn locations of this pokemon and it's evolution forms.

Make sure your relationship with your partner pokemon is good. In Cerulean City go in the building to the left of the poke center and talk to the girl to get BulbasaurWhich can evolve into Ivysaur. 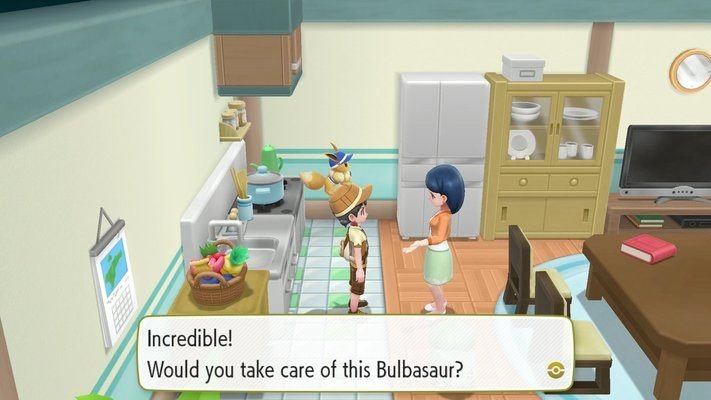 The type of Pokemon Candy you receive from Transferring and Catching Ivysaur.

We recommend a Sassy Nature for Ivysaur, you can visit Madam Celadon to force encounter pokemon of Sassy Nature.

Pokemon Let's Go Ivysaur Moves You Learn From Leveling Up.

These are the Technical Machines (TM) Moves that Ivysaur can Learn.

This Pokemon's Master Trainer is Katrina

You can view more guides here

Pokedex
Check out every pokemon within the game

Master Trainers
View full list and how to beat them

All Locations
All the pokemon, tm moves, items and master trainer spawns for each location.