Welcome to our Pokemon GO Raid Boss Egg List, these Pokemon have a chance to hatch from 1 of the 3 Eggs based on its rarity. 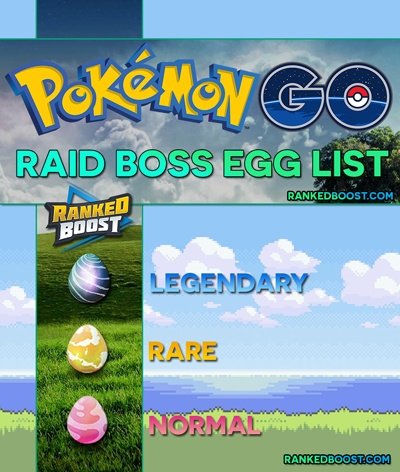 Pokemon GO Raid Boss Hatches From a Raid Egg. Depending on the rarity the pokemon can have 5 different levels of difficulty and can hatch one of the many powered up Pokemon from the Raid Egg List Below.

Pokemon GO Raid Boss Egg List as of 10/18/2018, you can view the complete list of Raid Boss Pokemon below. 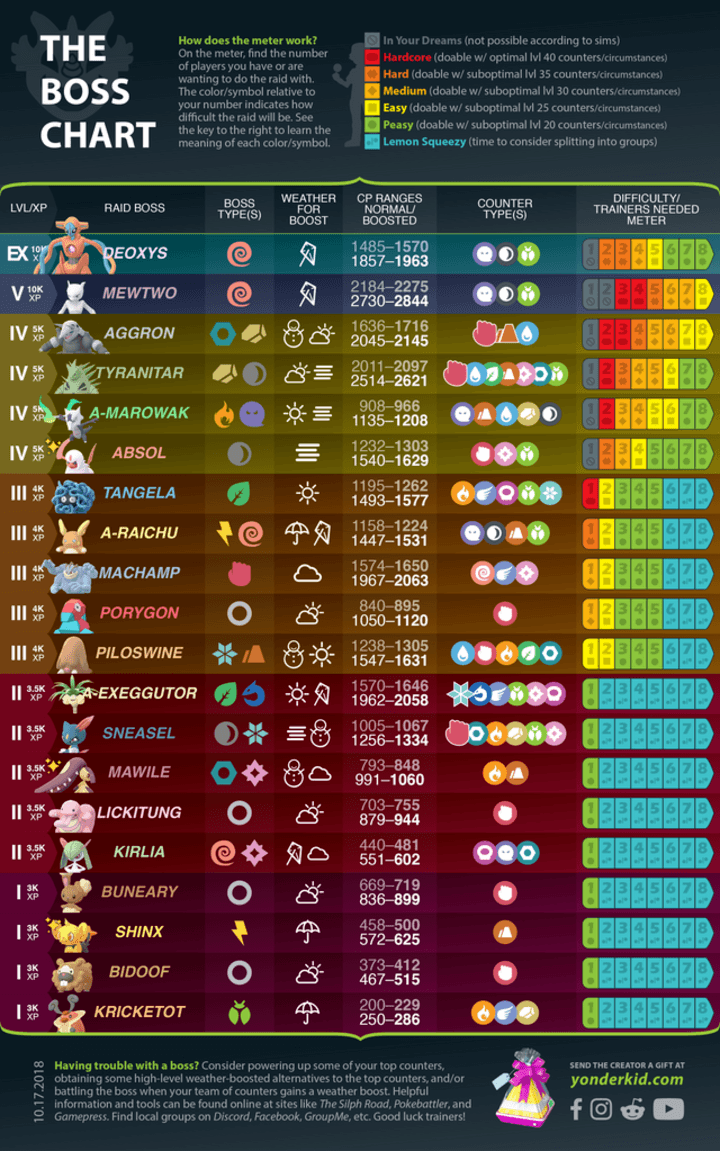 A Redditor by the name Charter23 managed to collect data for a total of 2942 raids. This can give a little idea about the Rarity of each Raid Type using this sample size.

Tap/Click the Names to View More Information About the Pokemon.

These are NOT official Pokemon GO Gen 4 Raid Bosses, this is a guess based on Rarity, Typing and MAX CP. The MAX CP used in this GEN 4 Raid Boss Egg List is based on handheld Pokemon games. 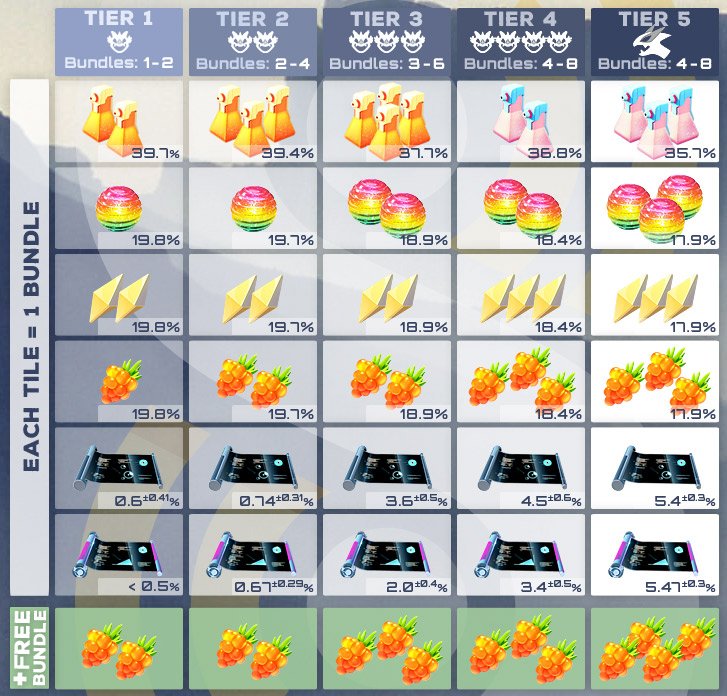 Credit for these Images and Data goes to Silph Road and their community of researchers. These are Rewards you will receive after defeating a Pokemon GO Raid Boss Egg and can range from the regular item, and a chance to capture the boss himself using a Premier Ball. 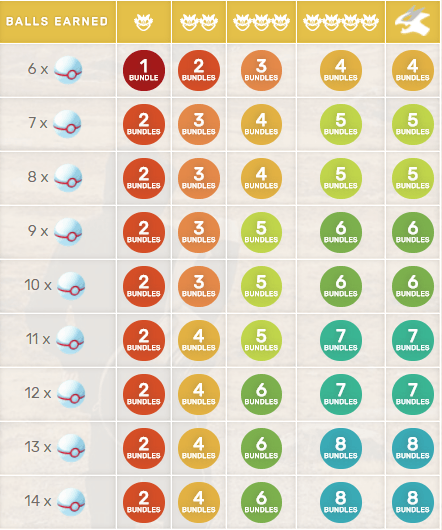 These are the Best Pokemon To Use When Fighting Raid Bosses and will help Increase your chances of receiving Boss Rewards.

This Pokemon GO Raid Boss Tier List has multiple DPS Counters to all of the Bosses found in Raid Eggs.

[You can Click/Tap the Pokemon Bosses to learn more about them.]