Zenyatta is an offensive support hero that can be tough to counter. He can weaken you from using his orb of discord allowing you to easily be killed by him. Finding the right zenyatta counters like Widowmaker can make a large impact in game. It’s pretty easy to land a head shot on Zen, due to his lack of mobility he can be predicted. Hanzo also does really well against him, theres’s alot more zenyatta counters then you may think. He has one of the lowest base health bars in game next to Tracer.

Often times, when you vs good players who are playing this hero, they are aware of how to stay out of danger and out of the scope of Widowmaker players. This leaves you with using a Genji or McCree to counter zenyatta close range.

It’s ideal to pair him with Symmetra to create a really strong back line. It may be a bit hard to reach and counter zenyatta but if you manged to you’ll easily be able to out damage him with Reaper. Forcing him to use his ultimate would be very ideal especially during payload objectives. 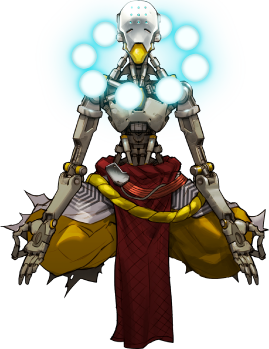