Genji is super fun to play when mastered, he does however like most heroes have Heroes counters, these Genji Hero Counters take advantage of his weaknesses. Since the general strategy for Genji is making use of his mobility and flanking the enemy team. There are Genji Hero Counters that makes this very difficult for him. Genji Counters are heroes who have some form of Crowd Control or CC. In Rare cases if the Genji players is not experienced Torbjorn is a strong Genji Counter Pick, since his turret aimbot him down no matter how fast he moves makes.

Genji is a lethal damage dealer, capable of easily sneaking behind enemy lines and harassing his opponents sending tons of shurikens there way. You should always be taking side routes in order to flank the enemy team, as Genji contributes much less when he hangs back with his team throwing shurikens randomly. 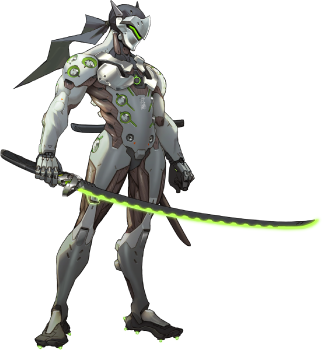